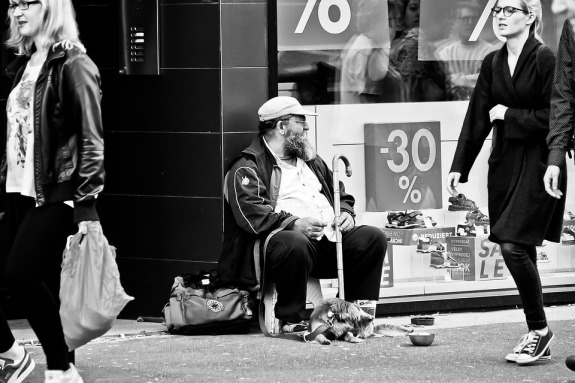 Homelessness continues to be a problem in the United States – a fact made clearer due to the seismic gap between the rich and the poor in the country. While not all poor are homeless, each person belonging to the former demographic are at risk of falling into the latter category.

Here in King County, the latest count is around 12,000 homeless, which also may be a light count. The city of Seattle implemented a “Pathways Home” program to convert traditional overnight shelters to provide more comprehensive services and longer-term shelter. Yet, the problem seems to be worsening rather than getting better.
Due to increasing real estate prices as well as proposed budget cuts proposed by the Trump administration, City Lab speculates that the homeless population will further increase in the coming years. What’s worse is that these concerns have made even the middle class feel threatened about their economic stability, as explained in a previous MeetJohnSong blog post.

Certainly, the government has its own share of initiatives to help the poor, implemented primarily through the United States Inter-Agency Council on Homelessness. However, these efforts are not nearly enough, especially if the number of homeless rise based on the aforementioned forecast. The problem has become so prevalent that many companies, including multinational groups, have stepped up to help address this issue.

Various initiatives of this kind have emerged in the past few years. For instance, auto manufacturer Ford provided Mark Horvath – a formerly homeless man – a Ford Flex to help him continue his project aimed at giving faces to the homeless in America. The intent was to raise awareness about the plight of the homeless population. Meanwhile, mattress manufacturer Leesa continues to live up to its commitment of donating one mattress for every ten that it sells, all of which go to the homeless and at-risk individuals. Similarly, technology giant Cisco partnered with Community Solutions to help find homes for 100,000 chronically homeless people across the country back in 2014, albeit with certain provisos. For example, those who have a history of using drugs had to commit to drop the habit in order to be accepted in the project. Also, Amazon has decided to include a homeless shelter in one of its new buildings. Then there are also others that provide conventional support such as food and clothing, which we’ve tackled in the article ‘Let’s Carry on the Spirit of Pay It Backwards’.

Such steps are on top of the assistance provided by outreach and aid organizations. Social Solutions reported that there are 830,120 beds available year round in temporary and emergency shelters and transitional housing. Half of this number is for people who are chronically homeless, while the other half is for recently homeless populations.

Nonetheless, these initiatives are only short-term solutions. The Atlantic published a piece on how the country can end homelessness and arrived at the conclusion that permanent housing, coupled with access to social services, is the best way to make sure that people will be in less danger of going back to the streets. This solution, however, is easier said than done given the high prices of real estate.

Furthermore, while some of the members of the homeless population are capable of finding employment given the opportunity, there are also those who suffer from disabilities including mental illnesses precluding them from finding a source of livelihood. In addition, those who are chronically homeless face psychological challenges such as difficulty in transitioning back to a regular community.

The bottom line is: homelessness is a major problem that requires more than a temporary solution in order to be resolved. While providing shelter to the homeless is the first step, it is not nearly enough if the goal is to help these people return to a normal life.