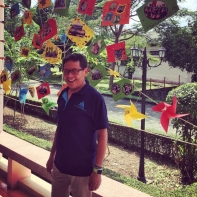 Civil Rights Leader Martin Luther King had a dream that inspired many throughout the world. His speech “I Have a Dream”, given August, 1963 to an estimated 250,000 people in front of the Lincoln Memorial, continues to inspire us today to strive for racial equality and justice.

Dr. Vu Duong often quotes Dr. King when explaining the dream that had moved him from Paris to Ho Chi Minh City. His dream, however, is to elevate the intellectual capital of Vietnam’s young work force. He believes that education has become the great equalizer across different economies – rich and poor. The rapid rate of technological changes throughout the world has made human knowledge today’s most valuable natural resource. India, for example, has asserted itself as a major player in the global economy with its vast technically-skilled workforce. Smaller countries like South Korea, Israel and Finland have become economic forces through their highly-educated workforces that continue to innovate.

Five years ago, Dr. Vu and other like-minded academics started the prestigious John von Neumann Institute as a part of the National University of Vietnam – Ho Chi Minh City. They’ve recruited professors and even students from all over the world to build the dream of providing world-class education in Vietnam that will someday help bolster the Vietnamese economy as a global player.  Before following his dream to Vietnam, Dr. Vu had been the head of innovative research and senior scientific advisor for Eurocontrol, an organization that coordinates and plans air traffic controls for all of Europe.

This school year, John von Neumann launched a two-year post graduate Data Science Program. In a highly selective process 25 students were selected for this inaugural program. A Gartner report recently projected a shortfall of 200,000 data scientists just in the US alone by 2018.  US organizations, such as Galvanize and Insight Data Science, are jumping in to fill this void with accelerated data science certification programs for those meeting some very stringent prerequisites. US universities are now also rushing to develop Graduate Data Science Programs, if they haven’t done so already.

John von Neumann Institute is an innovative world leader in offering a post-graduate two-year data science curriculum. Dr. Vu also has had the foresight to partner with my company TenPoint7 in order to offer his students the opportunity to work on real-world projects along with their academic training. In this way, his students will be well prepared after finishing the program to enter the global workforce that will surely be in desperate need of their skillsets.