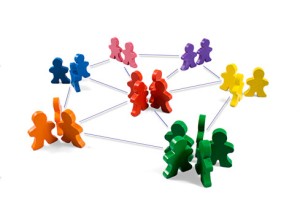 Looking back on one’s life, you quickly realize that it was other people who brought you to your current place in life. The way of the world is meeting people through other people. You impact people’s lives and people impact yours — sometimes even in ways you don’t realize. Here’s one personal string of events that clearly demonstrates why it’s important to value your contacts. I’m sure you have your own stories.

Back in the early 90’s, ARIS was growing rapidly and needed an immigration lawyer to help with some of our recruiting efforts. So, I called a young attorney I met at a social event for KAPS (Korean American Professional Society). He had just moved to Seattle and was looking to start a law practice. When I asked if he could help, he responded that he had the “certifications” to help. We were his first corporate customer and first immigration case.

As ARIS grew in the 90’s, we hired an in-house lawyer who took over the relationship with The Bae Group. Bert Sugayan was an

international attorney working in Seoul when I first met him. Fate had him moving to Seattle shortly after my return to the area. Since ARIS, we’ve remained close. Last week, Bert and I met to catch up at Caffee Umbria in Pioneer Square. There, I showed a sample of Lift9’s output on social media intelligence. He called me later that evening saying he might have a customer for Lift9. We signed up his referral three slides into the presentation the very next day.

While Bert and I were in Korea in the late 80’s, we had a tight-knit group of expatriates as our support network. One good friend, Charlie Rim, was as competitive as me. We played a lot of sports together, trash-talking all the while. After I left Seoul, we lost track of each other until Facebook brought us back together recently. It turns out he works for Google on their Merger & Acquisition team.

It was through Charlie that I met Phil Yun, who was working in Seattle when I had moved back from Korea. When President Clinton won his first term, Phil was appointed to work in the US State Department. Phil brought up ARIS’ successful story to President Clinton when the US government was appointing three representatives to ABAC (Asian-Pacific Business Advisory Council), a subgroup to APEC (Asian Pacific Economic Cooperation). Later, my brother Paul Song (ARIS CEO), was nominated to represent US interests within ABAC along with the CEO of General Motors and CEO of Fidelity.

It was through an ABAC/APEC event in Vietnam that Paul first became interested in moving to Ho Chi Minh and starting a business with his son. This company’s infrastructure, along with Paul’s experience starting a business in Vietnam, was a critical part to how Lift9’s business plan came together this past summer.

To complete this story, the first H1B visa that The Bae Group secured for ARIS was for Chris Lwanga, an ambitious young man from Uganda. He is very talented in technology and business and now works for Microsoft. He also is a gifted athlete who played on the ARIS flag football team. He was actually quite dominate.

Recently, we, the Song family, lost in a touch football game to some incorrigible friends. Guess who’s playing with us on the rematch? Staying in touch pays off again.